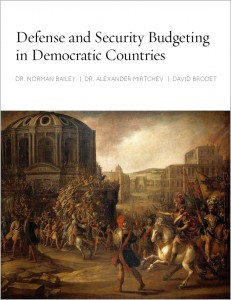 This study evaluates the potential for misallocation of defense resources, the impact on defense effectiveness and how different countries’ international stances towards defense budgetary processes could be effected. It considers how budget planning is often modified and reshaped by political considerations, rendering any attempt on the part of the responsible agencies and departments to implement relevant policies and strategies unviable. The analysis compares three countries – the U.S., the UK and Israel, exploring the specific steps that comprise defense budgeting in each, and drawing conclusions about the differences and similarities between them. It finds that in democratic countries, no defense budgeting process remains purely within the realm of national security, but is rather injected with socio-political and socio-economic interests that have repercussions on the appropriate resource allocation to the defense sector. 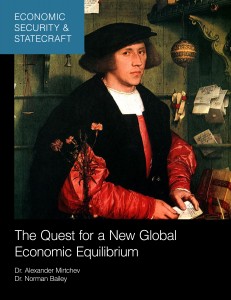 This is a study of the new elements of disequilibrium in the global political economy, how these elements mutually influence each other and what the impediments are to achieving equilibrium. It explores the multiple interconnected phenomena that, coupled with the appearance of unanticipated and unforeseen social, political and economic developments, have made both the reasonable accuracy of predictions and the adoption of corresponding policies problematic. The study analyzes the evolving notion of global economic security and the various factors that endow it with a growing significance for policy-makers worldwide. It considers how the importance of economic statecraft has gradually become equal and, to an extent, supersedes the importance of international relations for state actors, setting the stage for the emergence of geo-economics as a prioritized tool to be wielded by policy-makers.

From philosophy to figurines, Dr. Alexander Mirtchev has long been passionate about the Ancient Greek world. It is this passion that prompted him to tell the story of Tanagra statuettes, bringing the world of these Hellenistic terracotta ladies to modern life. This educational project explores their history, purpose, mythology, craftsmanship, and most importantly their grace and eternal beauty. A beauty created more than 23 centuries ago.